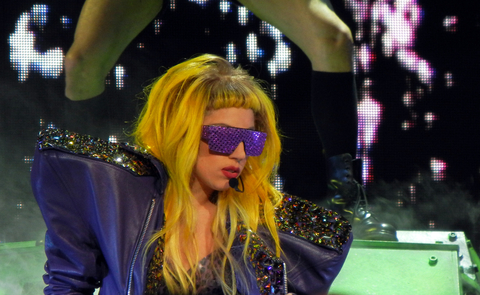 In the first major award show since the coronavirus pandemic, the 2020 VMAs stunned their audience. A major feature to the show, world renown singer-songwriter Lady Gaga wore numerous “visually appealing” outfits followed by an array of masks that went along with her wardrobe during her performances. Gaga also won four awards including artist of the year. The Weekend followed by winning the top prize, the video of the year award for his single “Blinding Lights,” as well as taking the award for the best R&B video, also for “Blinding Lights.”

Host Keke Palmer opened the ceremony with a performance dedicated to Chadwick Boseman, most known as the “Black Panther,” who recently passed away on Friday. In addition to her other awards Gaga also won two collaborated awards with Ariana Grande, for their work “Rain On Me,” as well as Gaga winning the Tricon Award, a lifetime achievement trophy.

The production also shed light on many issues revolving around systematic racism in recent news. Palmer made a comment stating “It’s our time to be the change we want to see….We need to come together, and music has that power.” Along with Palmer’s statement, The Weekend also stated in his opening act that “It’s really hard for me to celebrate right now and enjoy this moment, so I’m just going to say justice for Jacob Blake and justice for Breonna Taylor.” Essential workers were also recognized for their roles during the outbreak and trophies were awarded to Ariana Grande, Justin Bieber and Latin American boy band CNCO for continuing to record their music during the lockdown.

The K-Pop group BTS performed their new song “Dynamite,” for the first time live. The group also won all four awards they were nominated for: best group, pop group, K-pop artist and choreography.