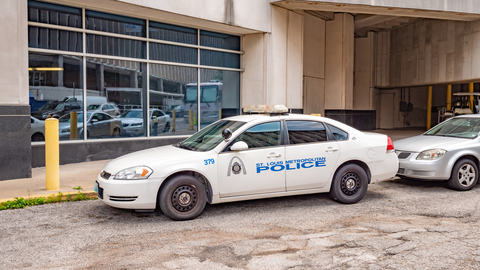 A 43-year old suspect is in custody following the shooting of two St. Louis police officers on Saturday in South City – which resulted in the death of 29-year old Officer Tamarris Bohannon. The officers were responding to a shooting reported just before 6 pm. While searching for the victim, gunfire erupted and Bohannon fell to the ground after being shot in the head. He died in the hospital on Sunday as a result of his injuries. The 30-year old second officer, who was shot in the leg, was treated and released.

St. Louis Chief of Police, John Hayden, stated the suspected gunman had ordered Mimi and Steve Haag to leave their home and proceeded to barricade himself inside. Mrs. Haag, who observed a dark object in the suspects hand, was ordered to hang up her phone by the suspect who was standing in their foyer. The Haag’s are in disbelief they were able to leave without being shot.

The suspect was apprehended by investigators just before 5:00 am on Sunday following an overnight standoff. Since early June eight St. Louis police officers have been shot in the line of duty; however, Officer Bohannon is the first to be killed in the line since the shooting death in 2011 of Daryl Hall. Bohannon had been on the force for less than four years and leaves behind his wife and three young children.