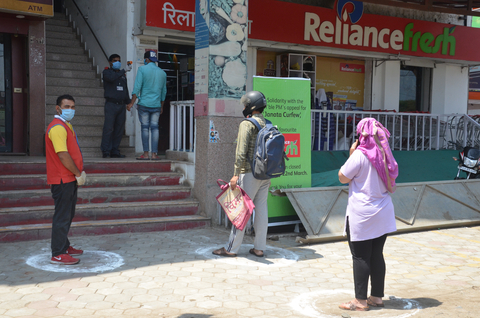 India has just surpassed its biggest 1-day total of COVID-19 infections, with 78,761 cases reported on Saturday – making it the highest national daily total worldwide since the start of the pandemic. The country of 1.4 billion people now has the highest number of new cases – reporting over 75,000 for the fourth day in a row. The rapid rise is partly being attributed to aggressive testing – which has increased from 220,000 to 1 million. To date, its total case numbers have reached over 3.5 million, surpassing Italy. The spike is also thought to be connected to easing of economic and religious lock-down restrictions – especially in the populated cities of Delhi and Mumbai, which has 21% of all national cases and over 24,000 deaths to date.

According to data released by the ministry of health, complete recoveries are numbering 77% at around 2.2 million as of Sunday, which they believe is due to aggressive testing, contact tracing and comprehensive treatment – including supervised isolation whether at home or in hospital. To date, over 63,000 citizens have died from the virus and death reports are numbering an average of 1,000 per day. India will soon be the third country with the world’s largest death toll, just behind Brazil and the US. Health officials are warning September could pose the most challenges yet.