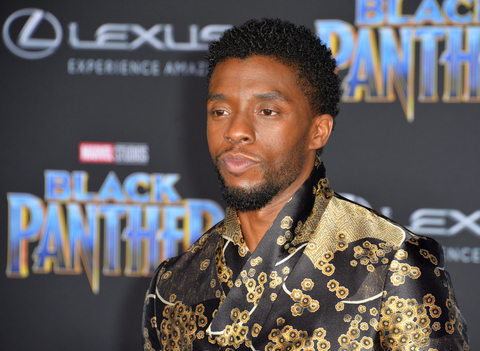 Actor Chadwick Boseman died at age 43 in his home from cancer. Boseman is most well-known for his role as King T’Challa in the Marvel movie “Black Panther” however he also starred in many other films and shows from the series “Lincoln Heights” to “Da 5 Bloods.” Boseman had reportedly been battling his illness since 2016 when he was diagnosed with stage-3 colon
cancer. Through his numerous surgeries and chemotherapy sessions, the actor continued his work and played several of his best roles between his treatments.

A representative of Boseman posted a photo of him confirming the passing on his official Instagram page. The post featured an image of Boseman smiling in black and white and was followed by a caption telling fans the story of his fight stating “Chawick was diagnosed with stage 3 colon cancer in 2016 , and battled with it these last 4 years as it progressed to stage 4.”
The caption went on to add a personal note about his character and how hardworking Boseman stayed throughout his fight as well as giving recognition to his greatest role in “Black Panther.” The post finished out by telling fans that “He died in his home, with his wife and family by his side.” Boseman was married to Taylor Simone Leward, but the couple have no children.