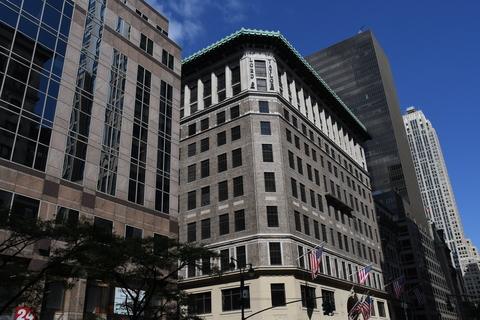 After 194 years in business, high-end women’s clothing retailer Lord & Taylor is closing its remaining stores after failing to find a buyer following its August 2 bankruptcy filing. Last year, after over a century of occupancy in its flagship location on Manhattan’s 5th Avenue between West 38th and 39th Streets, the retailer sold the 11-story Italian Renaissance building built between 1913-1914, which has been a landmark in New York City for over a hundred years. Lord & Taylor had been struggling to adapt to offering online shopping even before the pandemic further damaged in-store sales. Its inventory is now being liquidated to retail customers, who can find deep-discounts both online and in-store.

Lord & Taylor is an historic part of the fabric of New York City, whose roots were established in 1826. Samuel Lord, an English immigrant, partnered with George Washington Taylor, his wife’s cousin, and the two began selling women’s clothing on the Lower East Side of Manhattan on Catherine Street. As their business grew, they began opening store locations from SoHo to Midtown and eventually opened their iconic 5th Avenue flagship store in 1914. Their business grew to include 47 East Coast, Mid-west and Florida locations.