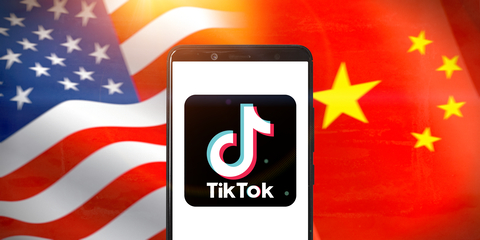 In the wake of ongoing tensions between Chinese-owned TikTok and President Donald Trump, CEO Kevin Mayer has quit, citing pressure from the US government amid threats to ban the app if parent company ByteDance doesn’t agree to sell its platform to a company outside of China. ByteDance began considering setting up headquarters elsewhere back in July in an effort to distance itself from the Chinese Communist Government – which Trump has accused of national security threats for illegal access to American proprietary and private user information.

From the start of the contentious friction TikTok has maintained that, although they do collect and store data from users in the US and Singapore, it would never honor any request to share that information with the Chinese Government. Its US division has 100 million subscribers and is valued between $40 – $50 billion. ByteDance has been considering selling its US assets to either Oracle or Microsoft, who had already been exploring acquiring their operations in the US, Canada, New Zealand and Australia. Mayer stated in his resignation memo to employees, the global role he signed up for has been seriously compromised by pressure from the US. TikTok, who currently has 690 million users worldwide, is suing the Trump Administration stating the initial executive order is “heavily politicized.”