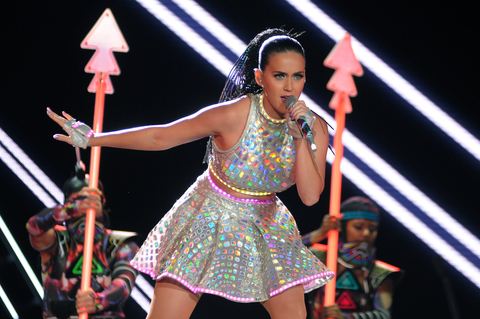 Singer song-writer Katy Perry has given birth to her first child, a baby girl named Daisy Dove Bloom. Her partner, actor Orlando Bloom posted about the birth on Instagram Thursday confirming it. The post was shared by the children’s aid charity Unicef, an organization of which both Katy Perry and Orlando Bloom are ambassadors for. The post featured a black and white image of the baby’s hand holding Perry and Bloom’s fingers, and was followed by a caption that said: “Welcome to the world, Daisy Dove Bloom! We are honoured to introduce Goodwill Ambassadors @KatyPerry and @OrlandoBloom’s new bundle of joy.” The post also added a comment that the couple made about the birth of their child stating “We are floating with love and wonder from the safe and healthy arrival of our daughter.” They went on to acknowledge how fortunate they are to have a “peaceful” birthing experience due to their ability to access good healthcare, something as they stated “not everyone can have.”

Perry first revealed her pregnancy in a music video for her song “Never Worn White” in March and continued to show her excitement for the birth by posting a video on Instagram earlier this month of the baby’s nursery and clothing.