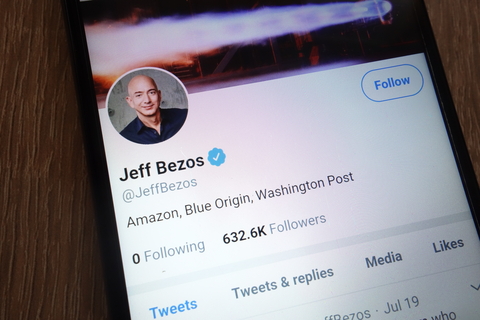 Amazon founder and CEO Jeff Bezos, who was already the world’s richest man, has set a new record as his net worth reportedly broke $200 billion. On Wednesday, according to the Bloomberg Billionaires index, Bezos’ total wealth hit an estimated $202 billion, $87 billion more than it had reached in January.

Bezos’ immense growth was resulted by his holdings in Amazon whose stock, according to data from Refinitiv, has risen 25% in the past few months amid the pandemic and about 86% up this year in total. Since his founding of the company Amazon in 1997, Bezos has continued to reach new highs in wealth. He officially became the wealthiest person on the planet in 2017, and followed up that record by reaching just under $172 billion last month, a new global high.

In addition to Amazon, Bezos’ most valuable asset, he also is the owner of the space travel company Blue Origin along with the newspaper The Washington Post.