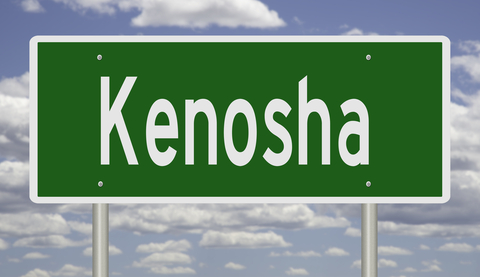 Angry protests in Wisconsin continued into Tuesday night in response to the shooting of Jacob Blake by Kenosha police on Sunday, which left Blake paralyzed from the waist down. Around midnight, gunshots rang out leaving two people dead and one seriously injured. It’s still unclear who fired the shots. The victims have not been identified and no arrests have yet been made.

A video posted on Twitter shows a man sitting in the middle of the road and aiming a gun at passersby. When someone attempted to disarm the man, a shot was heard and that person collapsed a few feet from the gunman. There is still much confusion surrounding the incidents and it’s unclear if the shooter in the video is the same one police are investigating.

The protests were sparked after a video posted on social media showed Jacob Blake being shot in the back seven times at point-blank range as two officers followed him to his vehicle with weapons drawn after responding to a domestic dispute between two women. Blake was attempting to leave the scene after trying to intervene in the dispute.