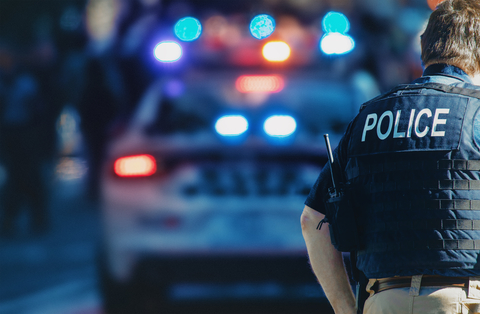 A Black man was airlifted to a Milwaukee Wisconsin hospital on Sunday after sustaining critical gunshot injuries. Jacob Blake was shot shortly after 5:00 pm by police officers who were called to a domestic disturbance. Although it’s unclear who made the call, reportedly Blake was trying to intervene in the dispute. A Facebook video shows at least two of the officers with guns drawn following Mr. Blake while he walked around to the drivers side of a gray SUV. When he tried to enter the vehicle, an officer grabbed him by the back of his shirt while as many as seven gunshots were heard. The video shows Blake being shot at point blank range in the back; after which Blake appeared to go limp. His three young sons were in the car and witnessed the incident.

Official details surrounding the shooting remain undisclosed at this time. It is currently under review by the Criminal Investigation Unit of the Wisconsin Department of Justice. Following the ordeal, Blake’s family contacted Benjamin Crump, lead attorney for George Floyd’s family, who issued a statement saying the children “will be traumatized forever” and the officers had violated their duty to serve and protect. Following the shooting, Kenosha County issued a curfew beginning at 10:15 pm until 7:00 am Monday – citing a “state of emergency” in anticipation of an uprising of protesters.