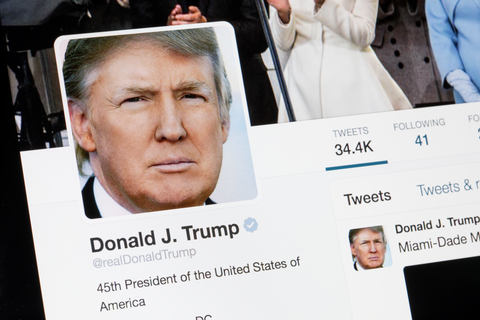 President Trump has requested the Supreme Court grant him permission to block his personal account from critics who comment on and tag the president’s @realdonaldtrump tweets with derogatory rhetoric and policy criticisms. The president’s position is the account is his personal property and therefore not subject to public commentary and judgement. The account has over 85 million followers, many of whom oppose the president and his policies. A spokesman for the president, Solicitor General Jeffrey Wall, stated Trump should have the ability to use the blocking feature on his account, which is independent from any official presidential, campaign or White House accounts. Last year a New York federal appeals court ruled the content of Trump’s posts contain overwhelming official business and blocking critics is a violation of the First Amendment rights of said critics. It’s highly unlikely any decision in the matter will be reached ahead of the November general election. The case originated when Columbia University’s Knight First Amendment Institute sued the president on behalf of seven Twitter users whose accounts had been blocked by Trump after posting comments that criticized his policies.