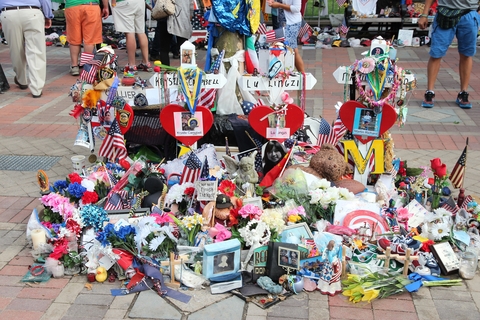 The U.S. Justice Department is seeking the death penalty for Boston Marathon bomber Dzhokhar Tsarnaev, who was convicted in 2015 on 30-counts for his role in the 2013 attack. Three people were killed and hundreds more wounded – including 17 who lost limbs. Following the attack, a manhunt ensued which lasted an entire day resulting in a shootout which killed one police officer. Tsarnaev’s brother, Tamerlan, who was also killed during the shootout, was said by attorneys for Tsarnaev to have been the mastermind behind the well-planned attack. A campus officer was also killed by the brothers during law enforcement’s pursuit. Last month, a Massachusetts federal appeals court overturned the death sentence, citing the judge on the case did not properly vet the jury panel – who were puzzled they were never questioned by the judge. One of the jurors, who later became the jury foreman, retweeted about Tsarnaev, referring to him as a “piece of garbage.” U.S. Attorney General Barr has vowed to appeal and overturn the ruling stating he will “do whatever’s necessary,” all the way up to the Supreme Court in order to enforce the death penalty.