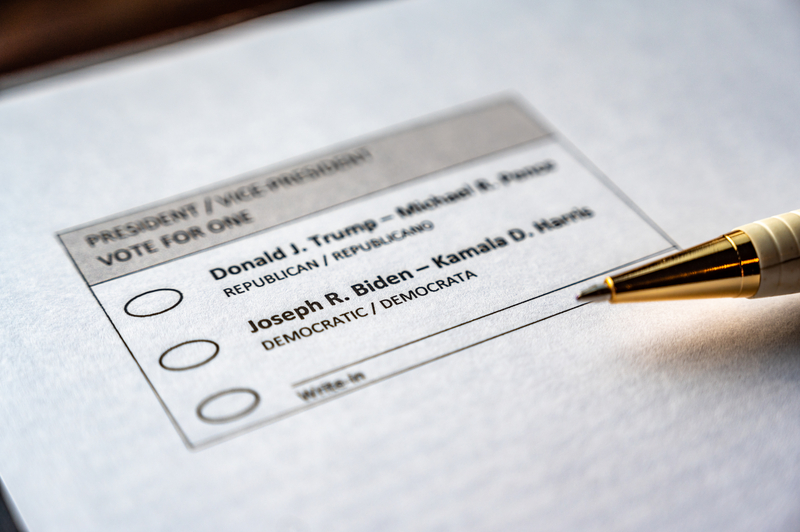 A new Washington Post-ABC News poll shows the Democratic Biden-Harris ticket holding a double-digit lead over the Republican Trump-Pence reelection bid. The poll shows former Vice President Biden and his running mate, Senator Kamala Harris (D-Calif.), ahead of the incumbent ticket at a margin of 53 percent to 41 percent among a large sample of voting-age adults. This is far outside the 4 percent margin of error. The news is even more promising for Democrats as their ticket lead Trump-Pence 54 percent to 43 percent among those who voted in 2016 and say they will absolutely vote this November. The poll’s findings also come ahead of the Democratic Convention, starting today. The convention is a traditional boost to polling numbers. In May, Biden lead by as much as 10 percent. That number spiked to 15 percent last month. While this poll shows slightly lower figures, the news is still promising for Democrats as November approaches.