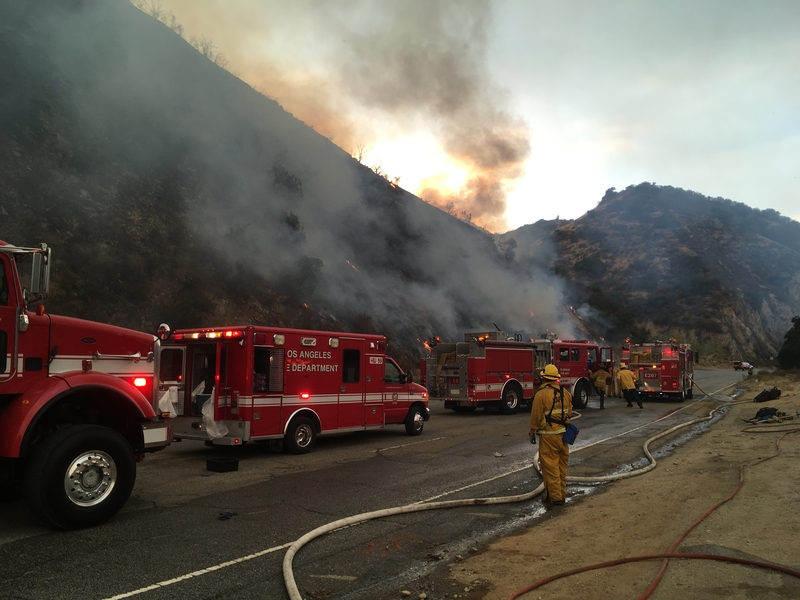 A brush fire in California is has torn through the Angeles National Forrest between Santa Clarita and Palmdale. The fire is up to 10,500 acres and has 0 percent containment. Dubbed the Lake Fire, the blaze has prompted road closures and evacuations in the Los Angeles area, specifically near Lake Hughes. The fire was reported on Wednesday afternoon and spread to 10,000 acres after only two hours. Officials say that the blaze is unusual because it is early in the fire season and no strong winds have encouraged it along. They speculate that the fire is being driven by tinder-dry brush and steep terrain. The high temperatures and low humidity that the area is seeing will also not help contain the fire. More than 1,000 personnel have responded.