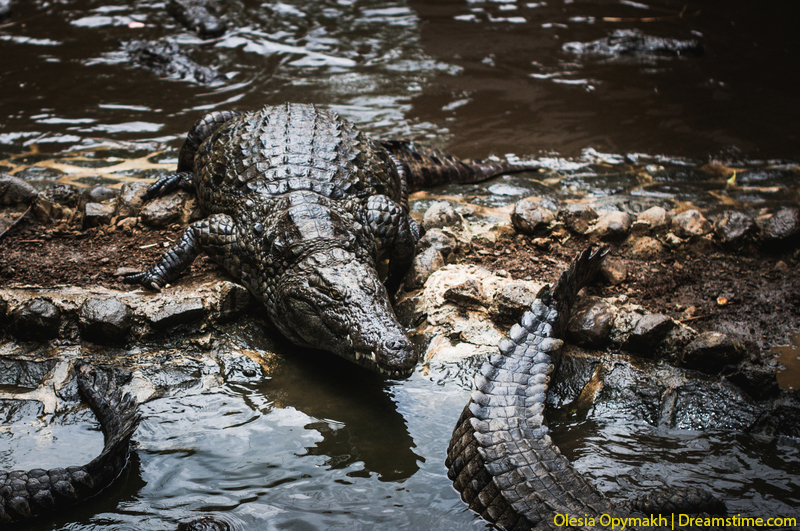 Scientists have discovered within fossils from new specimens of the crocodylian “Deinosuchus” that these enormous prehistoric creatures had teeth “the size of bananas”, capable of taking down the biggest known dinosaurs. Among these Deinosuchus genre, nicknamed the “Terror Crocodiles”, were species such as the Deinosuchus hatcheri, Deinosuchus riograndensis, and the Deinosuchus schwimmeri, which all resided in various parts of the US.

Able to grow up to 33 feet in length, the Deinosuchus has been found to be one of the biggest crocodylian genera ever discovered by Paleontologists. Living 75 to 82 million years ago, it remained the largest predator in its ecosystem, bigger than any dinosaur living at that time. Observations from studies of bite marks on fossilized dinosaur bones suggest that the predators’ source of food were in fact dinosaurs and that they likely preyed on them when the dinosaurs approached the water’s edge to drink.