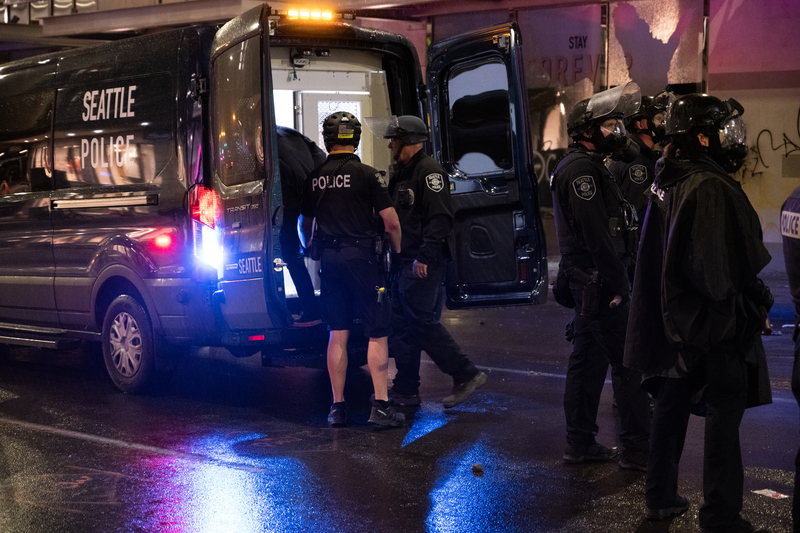 The Seattle City Council has voted to cut $4 million from the police budget. This cut comes out of a 2019-2020 budget of $400 million. All in all, the cut will equate to $11 million over the year, far less than the 50 percent reduction that had been discussed. The budget cut will consist of getting rid of 32 officiers from patrol, reducing specialized units and administration costs,  lowering training and travel expenses, moving victim advocates to human services departments, and removing two sworn officers from the 911 call center. At the same time, Seattle Police Chief Carmen Best announced her retirement, effective September 2. She took over the post nearly two years ago. “I want to thank Mayor [Jenny] Durkan for her continuous support through good times and tough times. I am confident the department will make it through these difficult times,” Best wrote in a letter.