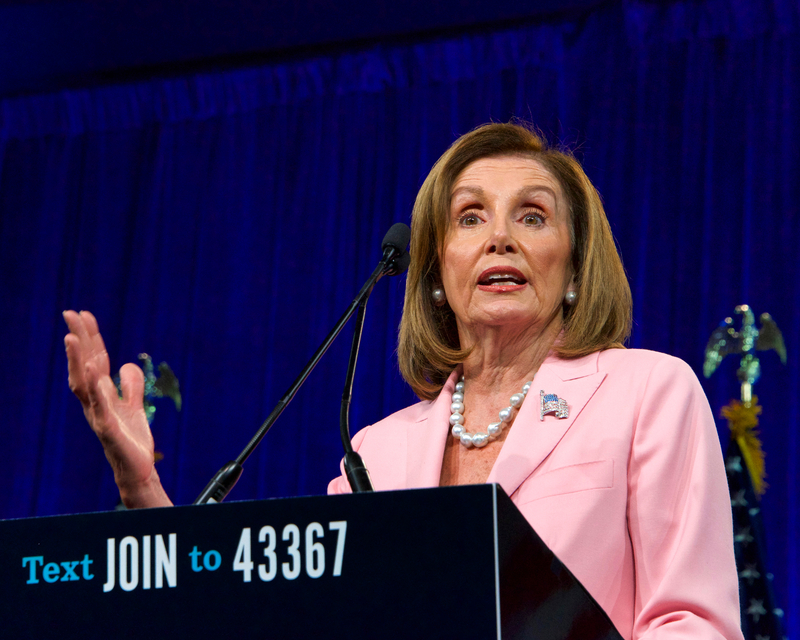 House Speaker Nancy Pelosi (D-Calif.) slammed President Donald J. Trump for the executive orders he signed this weekend, calling them “absurdly unconstitutional.” After Congress failed to reach a deal, Friday, on coronavirus economic relief, Trump sidestepped Congress, signing several executive orders. These include an additional $400 a week in unemployment benefits, a middle ground as Democrats wanted to extend the extra $600 a week while Republicans wanted that number down to $200. He also ordered a temporary payroll tax cut. Trump said the funding would come from disaster relief funds from the Federal Emergency Management Agency but asked that states, already struggling from their responses to the pandemic, to foot a quarter of the bill.

Pelosi was unhappy with Trump’s unilateral actions, calling it “unconstitutional slop.” The criticism for his actions has also come from within his own party with several Republican senators saying they are uncomfortable with his sidestepping Congress. It was GOP Senator Ben Sasse (R-Neb.) that was first to use the phrase “unconstitutional slop.” Senate Minority Leader Chuck Schumer (D-N.Y.) said of Trump’s solutions, “It doesn’t do the job.”