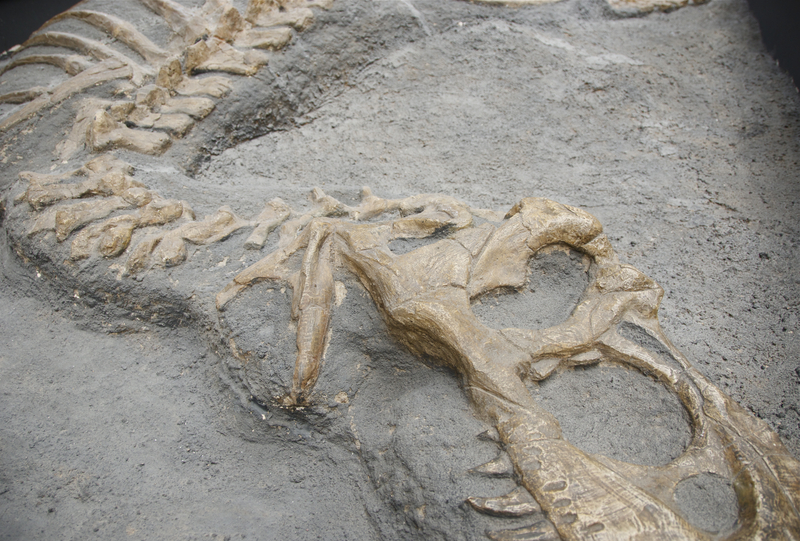 Scientists announced they have found that dinosaurs suffered from osteosarcoma, an aggressive bone cancer that still affects humans today. The disease was found in the fossilized lower leg bone, the fibula, of a horned dinosaur called Centrosaurus Apertus that lived 76 to 77 million years ago in Dinosaur Provincial Park, in Alberta, Canada. When first discovered in 1989, the malformed end of the bone was believed to just be a healing fracture, until more detailed analysis using modern technology has discovered it to actually be cancer.

The analysis was conducted by scientists from many fields including pathology, radiology, orthopedic surgery, and paleopathology. The bone was examined, cast and CT scanned before scientists took a thin slice of the bone and studied under a microscope. After the total examination, the scientists were able to conclude their findings as osteosarcoma. As confirmation, the team compared the fossilized fibula side by side with another normal fibula from a dinosaur of the same species along with one from a 19-year old man that was diagnosed with the disease.