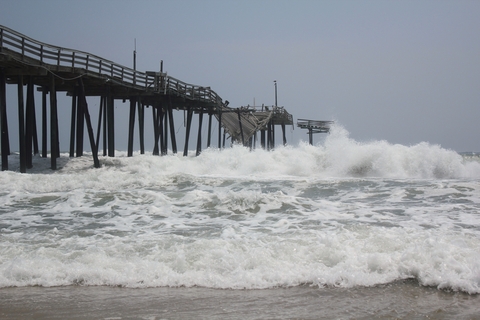 Hurricane Isaias, which was downgraded to a tropical storm after battering the east coast of Florida, is expected to gain strength as it moves north towards the Carolina’s. The National Hurricane Center is forecasting the storm will strengthen back into a Category 1 by Monday night. Hurricane warnings have been issued for parts of North and South Carolina. Evacuations are underway in some coastal and barrier island areas, as wave heights are predicted to reach between 3 and 5 feet. Isaias is likely to bring high surf, flash flooding, strong winds, and possible tornadoes as it reaches the Carolina’s. Strong winds and heavy rains are expected to affect the mid-Atlantic to New England coasts as the weakening storm moves northward, reaching the area by Tuesday. A Tropical Storm Warning is in effect from Delaware to Rhode Island as it tracks up the coast. Tropical rains are expected to affect areas from Rhode Island to Maine by Wednesday.