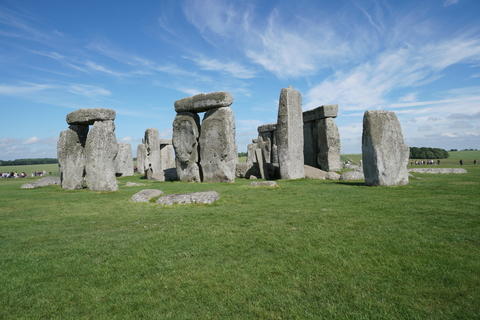 Scientific researchers believe they have made a breakthrough discovery in the origins of the mysterious Stonehenge megaliths located in southern England. The source and method of transportation of the giant sarsen stones, which date back to 2,500 BC, have long eluded archaeological and geological researchers. After centuries long debates on the mystical stone formation, the new development came when a piece of core, which was removed by worker Phillip Roberts, now 89, was returned after having it in his possession for over 60 years. A University of Brighton research team analyzed the core piece and compared it to the formation’s 52 stones. They concluded all but two of the giant sarsen stones originate from a common location, which they believe to be West Woods in Wiltshire, 15 miles north of the site. The discovery may help to further determine the method of transporting the 20-30-ton mega sand stones and offer insight into the construction of the mysterious ancient formation.