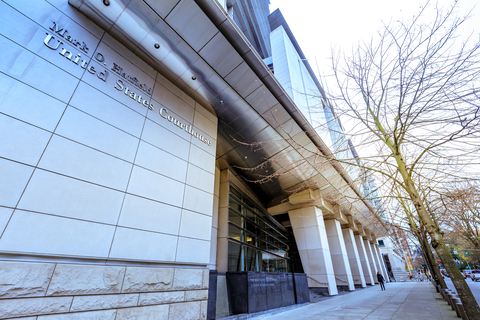 After conversations with Vice President, Mike Pence, and other members of Trump’s Administration, Governor Kate Brown stated Federal officers will begin withdrawing from Portland, Oregon today. The governor said the officers were acting as “an occupying force,” which only brought violence to the demonstrations in the city. Beginning tomorrow ICE, Border Protection and Customs officers will leave the downtown area of Portland. Chad Wolf, acting Homeland Security Secretary, stated he’s been in ongoing communications with the governor and said State Police will step in to ensure federal properties, including the courthouse, are safe. The withdrawal of federal officers will be a phased operation to ensure the transition maintains security in the city. The state and local officers were directed by the governor to use every method to avoid and deescalate violent confrontations with protesters. Trump issued a statement yesterday saying the federal agents will not leave downtown Portland until local and state law enforcement is firmly in place.