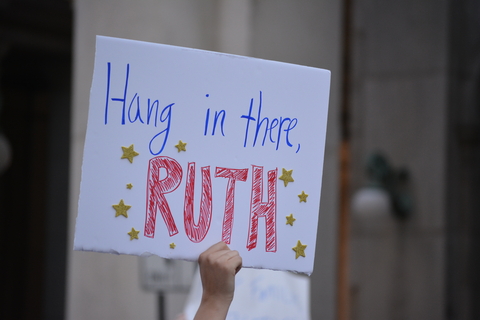 Justice Ruth Bader Ginsburg is recovering from a minor surgical procedure which was reported to be “minimally invasive.” Ginsburg is comfortable and is expected to be released from Sloan Kettering by the weekend. The procedure was to upgrade a stent she received in 2019. Her doctors reported it’s a common procedure using medical imaging and endoscopy to minimize any infection risks. Justice Ginsburg had surgery in 1999 for colon cancer as well a battle in 2009 with pancreatic cancer. She also had lung nodules removed in 2018 after falling in her office and breaking three ribs. She’s reported to be cancer free since then. In 2019, Ginsburg was hospitalized briefly with symptoms of chills and fever and again earlier this month to be checked for any possible infection. Ginsburg, aged 87, is the oldest among the Supreme Court Justice’s and one of four liberals. President Trump, in anticipation of her retirement, plans to release a nominee short-list by early September.