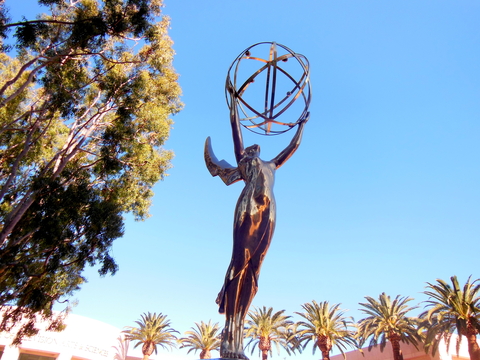 The 72nd Annual Primetime Emmy Award nominations were announced in a ceremony held via a streaming event on the Academy’s website on Tuesday. The awards ceremony itself, hosted by Jimmy Kimmel, is scheduled to air on Sunday, September 20th, although it’s unclear what the virtual format will be. There were some surprises including Brad Pitt for his parody portrayal of Dr. Anthony Fauci on an episode of Saturday Night Live, who is nominated for outstanding comedic guest actor. Other surprises included some actors who have been overlooked in past years, including D’Arcy Darden for the final season of The Good Places and Annie Murphy for Schitt’s Creek. HBO’s Zendaya also made the nominee list for her teen-aged drug addict portrayal in Euphoria. Netflix earned the most nominations as well as new services by Apple+ and Disney+, who earned an impressive 15 nods for The Mandalorian, their Star Wars-set. FX’s What We Do in The Shadows, earned eight nominations, including outstanding comedy series.