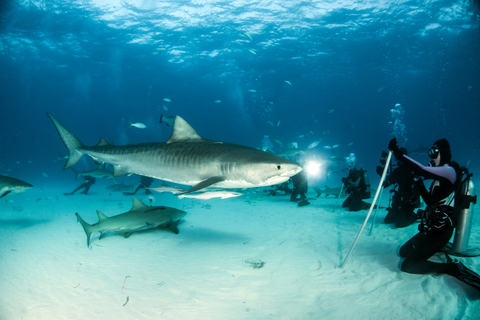 A woman who was swimming in the waters off Bailey Island along the coast of Maine on Monday was attacked by what is thought to have been a shark. She was brought to shore by a group of kayakers. When EMS responders arrived on the scene, she was pronounced dead. The victim’s identity has not been disclosed pending family notification. Shark attacks are a rare occurrence in Maine. The state has only one other unprovoked attack on record, which occurred in 2010. A commercial diver was attacked in the Bay of Fundy, although he was unharmed by the incident which involved a porbeagle shark. Official reports indicate the shark may have mistaken the diver’s camera for food. Marine Patrol authorities in Maine are investigating the death of the woman and have issued caution to boaters and swimmers, advising them to avoid the area as well as any areas where there are seals and schools of fish.