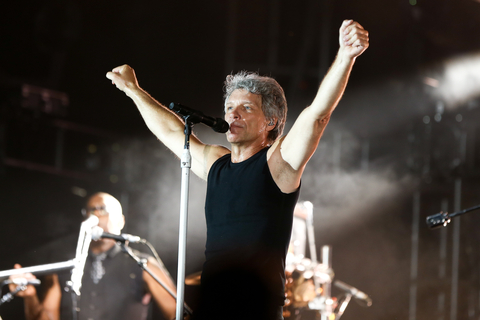 He’s always been known as a kind-hearted and generous guy, but during the 13-week coronavirus shut-down in his home state of New Jersey, rock star singer Jon Bon Jovi became a super-hero, to ensure his community was still being fed. With Bon Jovi’s summer tour cancellation due to the pandemic, he decided to use his spare time at his restaurant, JBL Soul Kitchen. Without the regular volunteer staff, Bon Jovi jumped in and began washing dishes to help keep things running in order to continue feeding his community. The restaurant is a non-profit endeavor, run by Jon Bon Jovi Soul Foundation, where diners can pay a cash donation for their meal and also donate to pay it forward for someone in need. The restaurant stayed open for take-out orders during the shut-down and served 7,800 meals during that time. They’ve just entered Phase 2 of re-opening to seat diners again within state guidelines.