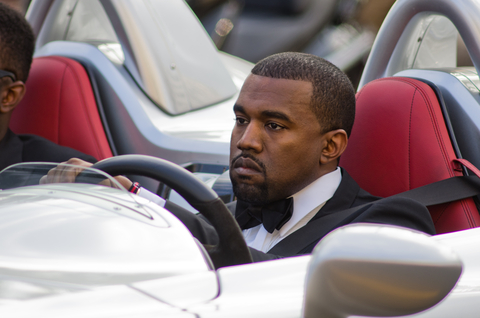 Kim Kardashian was photographed sitting in a car with husband Kanye West on Monday, seemingly engaged in a heated conversation. Kardashian was photographed crying while West appeared very tense. The couple has been having issues even before West’s first presidential rally, held in South Carolina last week, where he revealed intimate details about his family which he felt were relatable to his campaign platform. Some of his comments were met with shock and reportedly have been hurtful to his family. During the rally, West disclosed the couple had considered aborting their now 7-year-old daughter, named North. Last week, following the rally, Kim Kardashian attempted to publicly explain Kanye’s odd behavior, saying he suffers from bipolar disorder. He later tweeted an apology to his wife. The couple met on a ranch in Cody, Wyoming, to reunite after being separated for several weeks. The Rap artist had also made comments about Kardashian and Kris Jenner wanting to have him locked up, which were later deleted from Twitter.