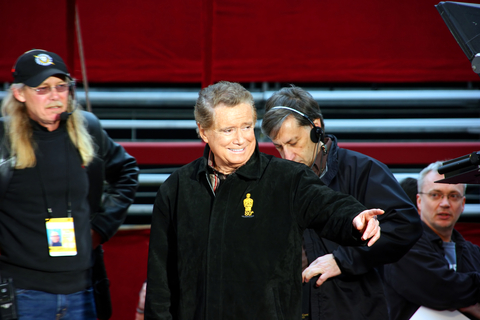 The entertainment industry experienced several great losses over the weekend. Two-time Academy Award Winner, Olivia de Havilland, best known for her role in Gone With the Wind, died peacefully in her home in Paris, France, at the age of 104. The Golden Age actress also won two Golden Globe Awards during the course of her five decades long career.

Television icon, Regis Philbin, passed away on Friday at the age of 88. His morning television program, Live, which is currently hosted by Kelly Ripa and Ryan Seacrest, is ABCs longest running talk show. The co-hosts paid tribute to Regis on this morning’s show with a mixture of tears, laughter and fond memories of the vibrant and often very humorous television personality.

The music industry also lost an iconic figure this past weekend. Former band mates and fans are mourning the loss of Fleetwood Mac co-founder, Peter Green, who died peacefully in his home at the age of 73. Known for his innovative British Blues, Green’s signature sound was instantly recognized. He left the band in 1970, which then morphed into a new lineup led by co-founder Mick Fleetwood along with John McVie and Christine McVie. They were later joined by Stevie Nicks and Lindsay Buckingham to form another highly successful and long-running incarnation of the band.