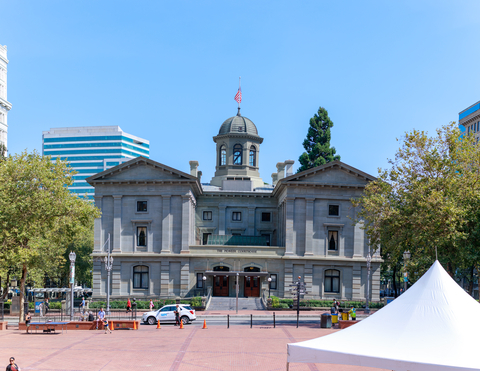 Around 1,000 demonstrators gathered for the 60th night of protests in Portland, Oregon, last night. Just prior to the gathering, Portland police were called to a shooting at the same location. Two people taken into custody were later released. There has been no arrest made related to the shooting and the victim is expected to live. It’s not clear if the shooting was connected to the demonstrations, which occurred when only a small crowd was present. Police also seized a bag filled with ammunition and explosives after a bystander alerted them to it. Sunday’s crowd was much smaller than previous night’s where protesters numbered in the thousands. Fireworks went off just before midnight when local police ordered the crowd to leave. Minutes later, federal agents appeared and deployed tear gas and crowd-controlling weapons. Hundreds remained hurling glass bottles and setting fire to the barrier fence in front of the courthouse.