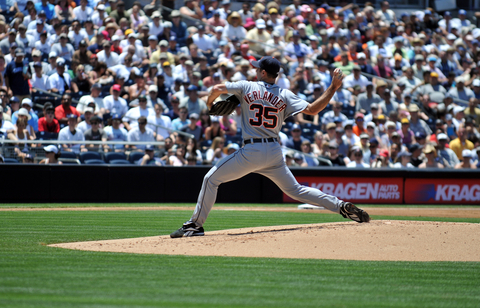 On Sunday afternoon, Justin Verlander tweeted that he would miss some time due to a strain in his right forearm. While earlier reports stated that the reigning American League Cy Young Award Winner could possibly miss the remainder of the season, Verlander was quick to shut down any speculation. During his first start of the 2020 season, Verlander took home the win pitching six innings and allowing two runs, three hits, with seven strikeouts and one walk. Houston’s manager, Dusty Baker, announced that the team’s ace felt some “tenderness” during his performance on Friday and will be evaluated in a couple of weeks. Through three games of the 60-game season, the Astros and Oakland Athletics lie on top of the AL West, each having two wins and one loss. The Astros will look to utilize 23-year-old rookie Cristian Javier, who made his major league debut over the weekend, in their rotation. With the New York Yankees acquiring the Astros’ former ace, Gerrit Cole, this past offseason the team will have a difficult time if Verlander does not show signs of improvement. Forearm injuries can be temperamental and with the 60-game season underway, the Houston Astros are running out of time for answers.