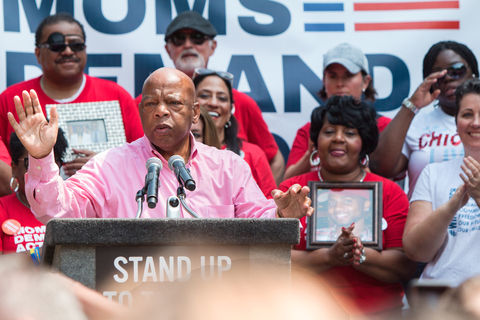 Late Congressman and US civil rights icon, John Lewis, is being honored today as his body lies in state in the US Capitol for an invite-only ceremony. A public viewing will follow outside with social distancing and mask wearing guidelines in place. Only the most distinguished and prominent Americans are honored with this type of ceremony. Congressman Lewis served as Georgia’s Congressional 5th District Representative for over three decades. He is also remembered for his non-violent approach in the fight for civil rights. He launched the “good trouble” movement in the early 1960’s in response to the Jim Crow segregation in the South. Lewis helped to organize sit-ins and protests and became a “Freedom Rider” to protest segregation on buses. He also helped lead the march for voting rights, at age 25, in Selma, which later became known as “Bloody Sunday.” The Voting Rights Act was signed in 1965 by President Johnson.