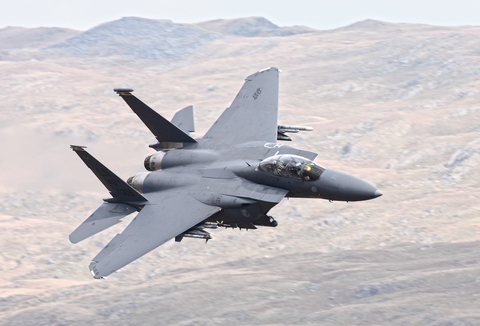 Officials have confirmed a US fighter jet flew within several thousand feet of an Iranian passenger plane flying in Syrian air space on Thursday. The F-15 was conducting a routine visual inspection of the craft because it appeared to have drifted from an established flight path route. Reports released by media outlets in Iran show videos of injured passengers who were pretty shaken up by the ordeal. A US Defense Department spokesman stated the F-15 flight data shows it was actually nearly 5,000 feet from the passenger plane, rather than the initial estimate of around 3,300 feet. The injuries to several passengers were caused when the pilot of the passenger plane abruptly descended to a lower flying altitude, fearing the F-15’s maneuver as provocative. The US spokesman stated the F-15 was simply making a visual inspection to identify the passenger plane and ensure safety of coalition troops on the ground. Iranian officials are investigating the incident, stating political and legal action may be taken upon conclusion of their findings.