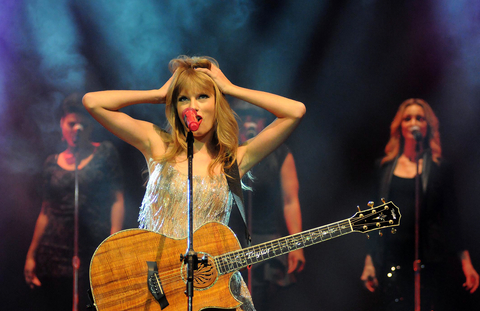 Taylor Swift made an announcement introducing her new album, entitled Folklore, which took the music industry and fans by surprise! Apparently Swift has made good use of her quarantine time, collaborating with Jack Antonoff on several of the tracks, who she referred to as “musical family” in a social media post where she revealed the unexpected album release yesterday. Her primary collaborator on this new studio effort, Aaron Dessner, co-wrote and/or produced 11 of the album’s 16 tracks. An array of other musicians comprise the instrumentation including Dessner’s brother, Bryce. Folklore combines Swift’s signature lyrical singing style with Dessner’s meticulously crafted soundscape arrangements. The album’s tracks appear to deviate from Swift’s usual style, which seems to explore parallels of her own life combined with real-life situations. The new album expresses a restraint from her traditional pop excitement, but promises to delight listeners just the same, having synthesized various influences she’s referred to over the course of her highly successful music career.