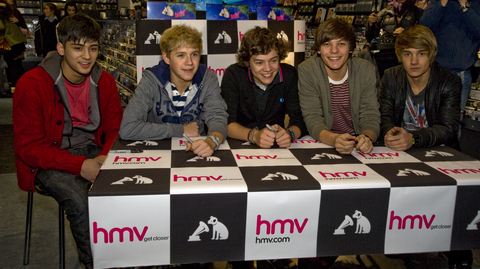 After a two-year absence from social media, the British boy band sensation, One Direction, excited fans with a tweet yesterday announcing the celebration of their 10-year anniversary. Fans are speculating and hoping the announcement will be followed by a band reunion since taking a hiatus in 2015. One Direction originated with a debut on the X Factor and went on to record five chart-topping albums, despite having lost the competition. They instantly grew in popularity and have collected over 30 million followers on Twitter. The tweet, which sent fans into a frenzy, showed a simple image of white text on a black background saying “10 Years of ONE DIRECTION,” along with “Tomorrow! You and me got a whole lot of history #10YearsOf1D.” Fans are begging the band to reunite as they share their memories and hopes for a reunion. The bands intentions are unclear at present, although they have publicly announced the launch of their 10-year commemoration website.