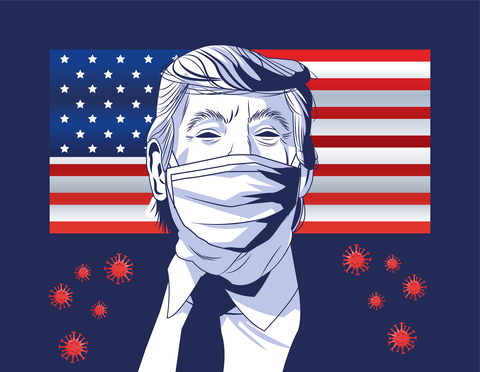 On Monday, President Trump tweeted an image of himself wearing a mask, now saying it’s “patriotic.” This is a complete reversal from his months long refusal to wear a mask or encourage American’s to do so, despite the fact the CDC made the recommendation almost three months earlier. He further stated we’re united in the effort to defeat the “invisible China virus,” and it’s now patriotic to wear a mask and practice social distancing. This is the first time the president has shown himself wearing a mask in public. The change in his position is largely due to his drastic drop in polling approval numbers. For several months, Trumps aids and campaign advisers urged the president to wear a mask and suggested he could use them as a marketing tool like the MAGA hats of his 2016 campaign. His agreement to concede on mask-wearing came after a barrage of pleas from staffers, although he reluctantly agreed, not wanting to give the media any “pleasure of seeing it.”