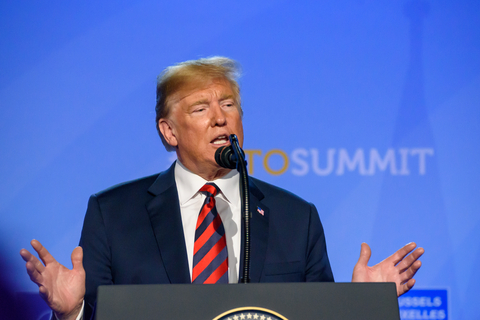 President Trump held his first briefing in months – solo, without any experts from his task force. He stated he wanted to give an update on the “China virus” and how his administration is working to get the Sunbelt outbreak under control. He acknowledged his poll numbers show sharp disapproval on his handling of the crisis, and attempted to downplay the impact of the pandemic on Americans by saying it’s a global issue. He did however, make a rare admission to the fact that unfortunately it will most likely “get worse before it gets better.” He once again stated the American mortality rate is lower than most countries, when in fact the U.S. is among the top ten highest in the world. He reiterated previous statements saying the virus will “disappear” eventually, and continued minimizing criticism towards his response – touting his perceived successes. He also vowed to protect the vulnerable and stated his administration will do everything possible to save lives. He has reversed his previous stance on mask-wearing and social distancing, now saying people should follow those guidelines.