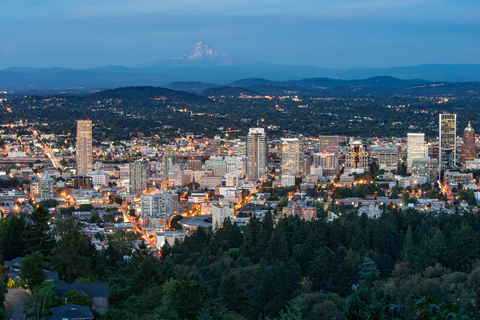 As demonstrators continue to clash with federal authorities in the city of Portland, Oregon, a group of mothers formed a human shield to protect the protesters over the weekend. Tensions continue to rise as weeks of turmoil led the president to send in special agents to quell the uprising, which has been continuous since the death of George Floyd at the hands of police in Minneapolis. A special forces group was deployed to assist the government of Portland, which has met with quite a bit of resistance from local authorities. A lawsuit has been filed against the agents for using illegal tactics, detaining protesters without any type of arrest procedure, and generally violating resident’s civil rights. Social media videos have been posted showing the wall of moms locked arm in arm, while agents shot tear gas into the crowd. Portland’s Mayor, Ted Wheeler, has publicly stated, the officers are not welcome in the city. The Governor, Kate Brown, echoed the mayor’s stance and stated Trumps deployment of the officers is a flagrant abuse of power.