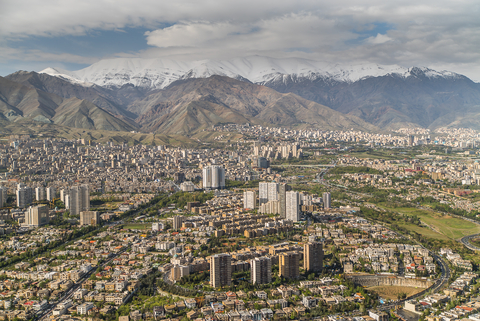 Mahmoud Mousavi-Majd was executed in Iran for allegedly reporting the movements in Syria of Iranian forces. He was also accused of spying on Qasem Soleimani, the Revolutionary Guard commander who was killed by a US drone attack in Baghdad last January. The drone strike also killed Deputy Commander Abu Mahdi al-Muhandis of the Popular Mobilization forces, a militia group in Iraq which is backed by Iran, along with five others. Iran retaliated by targeting US forces based in Iraq with a ballistic missile strike – the same day they also accidentally shot down a Ukrainian airline jet in Tehran, which killed all 176 people on board. The former employee of the defense ministry was further accused and convicted of selling his data to the US. An Iranian spokesman stated Majd had also been found guilty of taking payments from Israeli Intelligence Agency, Mossad, as well as the US CIA.