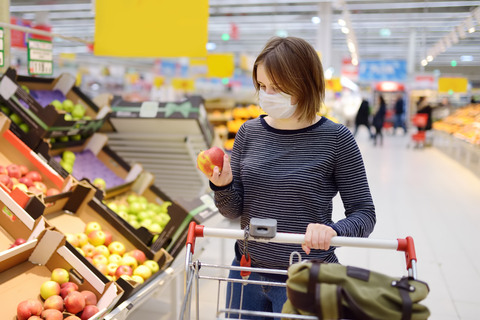 Several national retailers are now requiring customers to wear masks in all their stores nationwide.  The current list includes Kohl’s, Sam’s Club, Walmart, Kroger, American Eagle Outfitters, Apple, Costco, Best Buy and Starbucks.  The moves come in response to the increasing Covid-19 cases seen around the country.   These policies may be confusing to the populace, as there are often conflicting face mask policies among state, counties and cities.  The stores can refuse to allow customers to enter without a face mask covering which can lead to conflict. Recently, a man in Florida fought his way into a Walmart after refusing to wear a mask.  Employees tried to block the man from entering, but he pushed one of them down and scrambled his way inside the store. Eventually he agreed to leave; a clip of the incident has been viewed over 4 million times.