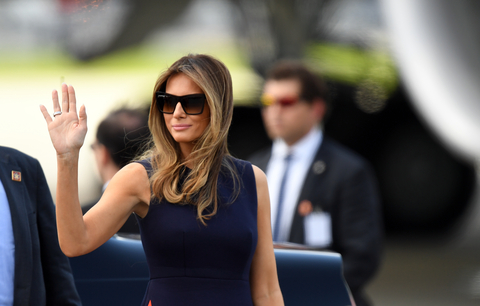 A wooden sculpture has been removed near the Slovenian home town of Melania Trump after it was set on fire on the Fourth of July, a year after it was unveiled by Brad Downey, an American artist based in Berlin. Downey commissioned the project to local folk sculptor, Ales Zupevc, who carved the life-sized figure from the trunk of a living linden tree. When notified by authorities on July 5th, Downey promptly removed the charred wooden statue and issued a statement wanting to know why someone did it. Downey had originally created the image depicting the immigrant First Lady, in the hopes it would initiate a political dialogue in the United States, where President Trump has vowed to decrease immigration. 39-year-old Downey further stated, if found, he wants to interview the vandals for a film he’s working on for an upcoming art exhibition, set to open in September in Slovenia. A police spokesperson said, since the investigation has not concluded, they cannot disclose any information at this time.