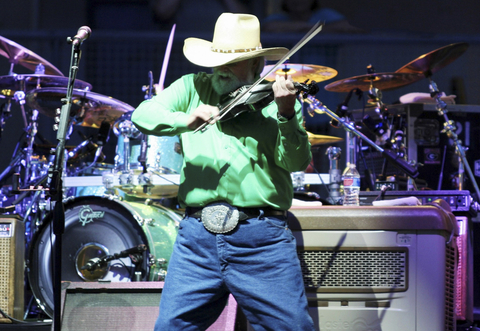 Legendary country-rocker and nimble fiddle player, Charlie Daniels, died yesterday at the age of 83 from a stroke. Daniels was best-known for his hit song The Devil Went Down to Georgia and other fan favorites like Long Haired Country Boy. What began as session musician career for the likes of Bob Dylan and other famous acts, became a decades long success story – including his induction into the Country Music Hall of Fame and The Grand Ole Opry. Beginning in the 70’s, Daniels toured heavily with his 5-piece band, and was quoted as saying there isn’t any city in the U.S. he hasn’t played. His touring also included stops at the White House, the Super Bowl and frequent trips overseas to perform for the U.S. troops stationed in the Middle East. He kept his band and staff employed for more than 20 years and “never missed a payroll.” He is remembered by many as a super talented innovator who often crossed musical boundaries — as well as being a humble and all-around nice guy.