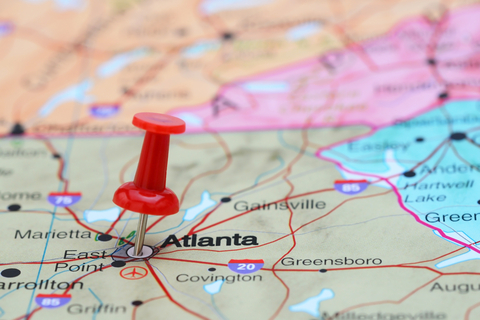 8-year-old Secoriea Turner was shot and killed on July 4th in the car her was mother driving in an area of Atlanta which has become a hot spot for demonstrations over the past month. The incident occurred near the former Wendy’s restaurant site where Rayshard Brooks was killed on June 12 by a police officer. The Wendy’s restaurant was later burned down and is now a regular spot for police brutality protests. Authorities have stated the girl’s mother was trying to navigate through barricades, which were put up illegally, when the vehicle was shot at killing the 8-year-old passenger. The mother and a friend who was travelling with them were not injured and drove straight to hospital, where the young girl died. Atlanta Mayor Keisha Lance Bottoms and local authorities are asking anyone with information to come forward. They released a “Wanted” poster which describes two possible suspects – one wearing all black and another wearing a white tee shirt.