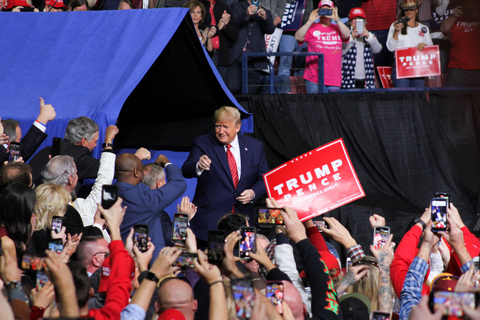 Dr. Jonathan Reiner, a former White House medical adviser for the George W. Bush administration, stated on Thursday, President Trump is “flirting with disaster” for not wearing a mask at campaign rallies. He went on to say, testing is no guarantee against the coronavirus and the more Trump attends rallies unmasked, the more likely he is to contract the virus. Add to that, his supporters are not wearing masks since Trump has severely downplayed their significance. Dr. Reiner also stated, because Trump is 74 years old and obese, he has a 20% chance of dying if he contracts the virus. Trump faced harsh criticism last month when several staffers and secret service agents tested positive after his Tulsa rally. His Fourth of July trip to Mt. Rushmore is raising eyebrows once again, as he plans to meet with supporters with no mask-wearing or social distancing rules in place – which has been standard practice at all of Trumps recent events.