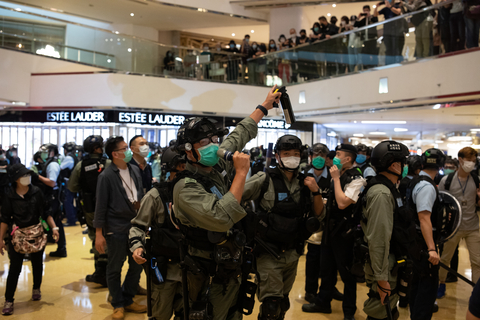 Just prior to Hong Kong’s 23rd Anniversary, since the city was passed from British to Chinese rule, demonstrators took to the streets to protest a new Chinese security law they view as undermining to the city’s semi-autonomy – which was promised at the time of the handover. Around 370 protesters were arrested and 10 were charged with breaking the new controversial law – which now makes many of the demonstrations punishable under the new rule. Hong Kong has been a region with more democratic freedoms than other Chinese ruled cities – making its market appealing to international corporate investing. Once a British colony, the city was returned to China in 1997, and has since benefited as a leading financial region. The Chinese government claims the purpose of the new law is to combat a small category of crimes which they view as an overall threat to national security. It also states non-residents of the city can be deported as a result of breaking the new law.