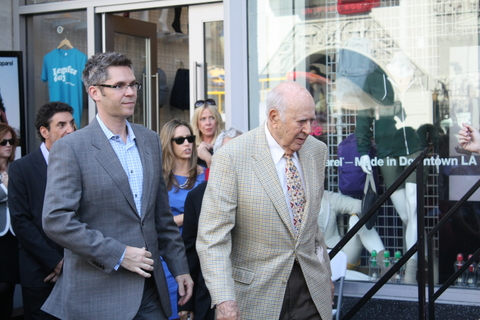 Legendary comedic actor, writer, producer and director, Carl Reiner, died on Monday of natural causes at the age of 98 in his Beverly Hills home. Reiner was the creative genius behind many hit television shows, including The Dick Van Dyke Show – one of the most successful and popular sitcoms in American television history. Twitter was aflutter with celebrity condolences, including Dick Van Dyke himself, who referred to Reiner as his “idol.” Carl Reiner’s son, Rob Reiner, tweeted how broken-hearted he is at losing his “guiding light.” Tributes from both famous friends and fans continued to flow across social media platforms for the legend, citing how kind, loving and compassionate Reiner was to all who knew him. Fellow comedian/director and co-creator of The 2,000-Year-Old Man, Mel Brooks, praised his long-time friend and professional associate for his comedic intelligence, quick-witted humor and spontaneity, although Reiner preferred to play the straight-man to Brooks’ more humorous characters.