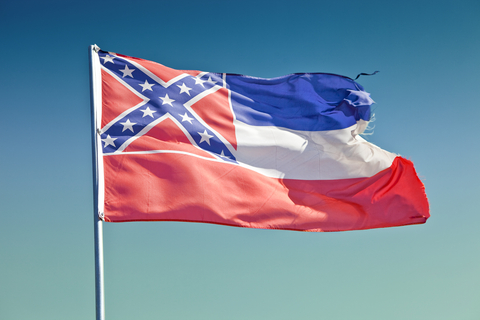 As a result of continued uprisings and protests against systemic racism, the Mississippi House and Senate voted Sunday to remove the Confederate imagery from its state flag. The legislation won bipartisan support to change the symbolism, and is the last U.S. state to do so. According to an AP report, the Senate erupted with applause and cheering when the vote was passed. The new flag design is required to include “In God We Trust.” However, voters will have their say in November for approving the new design on their election ballot. Governor Tate Reeves of Mississippi said talks of changing the flag had been stalled for days, and stated he would in fact sign the bill once the legislature presents it to him. The Republican Governor went on to say the argument became as divisive as the flag itself and, in his opinion, it’s time to change it for a better future for all.