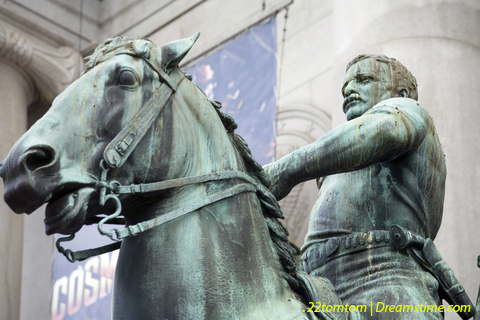 The statue of Teddy Roosevelt in front of NY’s American Museum of Natural History will be removed.  There have been complaints for years that the statue depicts Black people and American Indians as subordinate.  The statue shows Theodore Roosevelt atop a horse with an African American and American Indian standing on the ground next to him.  In light of the Black Lives Movement and recent protest movements, the NY City has finally decided to remove the statue.  Of course, President Trump objected to it, tweeting “Ridiculous, don’t do it!”.  Statues of controversial historic significance have been targeted all over the U.S. for removal, including confederate generals, slave owners and other racially sensitive subjects.